Santa vs Rudolf is a video slot from NetEnt with 5 reels and 20 paylines that pay both ways. Released in December 2019, this game can be played at online casinos such as Vera&John, Twin Casino or PlayOjo.

NetEnt reliably releases a new slot every Christmas season. And even more reliably, they clone a previous slot, slap a Christmas-inspired theme on it and somehow make it work. Such is the case with Santa vs Rudolf as well.

The very colourful cartoon-style graphics seem a bit overwhelming when you first load this game. The animations and drawings are great, no question about it. But it is a bit much as well. You do get used to it, though.

We’re at the North Pole, the home of Santa Claus, his elves and his reindeers. This year, busy with preparation, Rudolf has apparently staged a one-reindeer-revolution and is out to sabotage Santa by stealing his hat. It’s quirky, no doubt. Hapless Santa is scratching his bald head on the left-hand side, cheeky Rudolf pokes out his tongue at us on the right-hand side, wearing Santa’s hat.

The whimsical Christmas tunes in the background underscore the theme very well indeed and are a lot of fun.

On the reels, we find Rudolf’s collar, Santa’s sleigh, a wish list, a bundle of presents, a snow globe with a reindeer inside and candy-cane inspired playing card symbols from 10 to A.

This game benefits from a few features in the base game. One great thing is the fact that the game pays out wins from left to right and right to left. This comes in particularly handy with the two walking wilds on the reels.

The Rudolf wild usually drops in on the first reel from the left and makes its way towards the right, all the while giving us free re-spins until it drops off on the other side. The Santa wild comes from the right side and walks to the left on every free re-spin we get.

When the two different wilds land on the same row and eventually meet somewhere on the reels, they clash somewhat violently and trigger the free spins.

We get 10 free spins to start with. The scene changes to night-time and we get an increasingly angry Santa and an even cheekier Rudolf on each side of the reels. Their two wilds are now showing up more frequently, giving us more free re-spins along the line. If the two wilds clash once again on the reels, four more free spins are added to the counter.

Additionally, both characters get a counter sitting above their heads. Each wild that makes its way across the reels, will be added to that counter. If we manage to fill one of the counters up, we get another little feature, depending on whose counter it is:

Conclusion: A super-fun Christmas slot that is easy on your budget

The theoretical RTP (Return to Player) of Santa vs Rudolf is 96.35%, which is excellent for a slot of mostly medium volatility. By now, you may have clued onto the fact that this is a clone of The Invisible Man, one of NetEnt’s classics. But whilst the mechanics may be the same, Santa vs Rudolf couldn’t be more different in theme and gameplay.

The slot is super fun to play and doesn’t get boring for a long time, especially since the two wilds keep appearing, giving us a bunch of free re-spins regularly. Since this game isn’t overly volatile, it’s also not super hard on your budget. You’ll be able to keep playing for quite a while and maybe you’ll even manage to trigger the Rudolf Spins. That’s definitely not easy, mind you, but if you want any chance at winning the 1,000x your bet this slot is capable of, this is where you need to be.

Among the recent releases of Christmas slots, Santa vs Rudolf is one of the more playable ones that you don’t want to miss out on.

Play Santa vs Rudolf on the following casinos 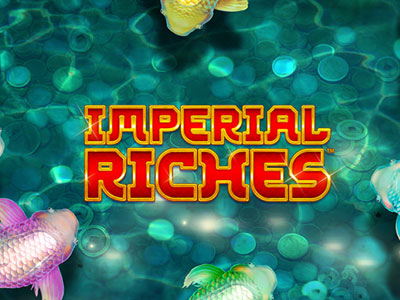