Baron Samedi is a video slot from Yggdrasil Gaming with 5 reels and 25 paylines. This graphically stunning slot was released in November 2018 and can be played at online casinos such as Betspin, Rizk or Shadowbet.

Baron Samedi is one of the most prominent and well-known figures of Haitian Voodoo and as such not to be toyed with. In this Yggdrasil Gaming slot, he features prominently, and the theme is obviously one of Voodoo. It has been stunning rendered in all its details. We’re apparently looking at a table full of Voodoo paraphernalia. To the left and right we find various items and cards with Voodoo-like symbols make frequent appearances in this game.

The slot is beautiful and dark, and the background sound suits the theme as well with loads of drums and rattle sounds. This is one great-looking game, which is to be expected with this slot provider.

The Baron himself is the most valuable symbol, giving us 120 coins for a 5-of-a-kind win. His female companion (presumably Maman Brigitte) is still worth 115 coins. The two Voodoo dolls, male and female, are worth 105 and 100 coins, respectively, in such a winning combination. Four colourful gems are the low-value symbols in this game.

You can play this game from €0.25 to €125, giving you a good range for whatever budget you may have at your disposal. Once again, we have an Yggdrasil Gaming slot that cannot rightfully be called simple or basic. Many different things can happen here, and you’ll always be on the look-out for the scatter symbol, which has Baron Samedi’s skull face and Free Spins written on it.

Catch two of them during the base game, and the Voodoo re-spin is awarded. Three cards are then dealt from the Dealer’s side and whatever feature they carry, will be played out one after the other on the re-spin. You could get extra wilds, symbol upgrades, mystery wilds or multipliers and such things.

The cards are then added to your collection, and once you have a certain number of those cards, a special feature is played out after you have activated and played through the free spins.

During each free spin, feature cards are dealt, and their features are played out. Then the cards are added to your collection. Once you have the required amount of one particular card, three additional spins are played out at the end of the free spins, with the featured card locked into first place and played out on every spin.

There are tons of options and we’ve summarized them here:

Some of these options are more advantageous and worthwhile than others, which is why you will see some feature cards frequently and some not at all. Playing over 1,000 spins, we didn’t manage to collect at least one card of each kind, but we collected enough to play out the feature spins. The theoretical RTP (Return to Player) of Baron Samedi is 97%. Whilst that is an excellent value, we didn’t end up feeling like winners when playing this slot. One of the reasons might be that we only managed to activate the free spins twice during those 1,000+ rounds we played.

That should not deter you, however, because the Voodoo Re-spin makes a frequent appearance and you’ll be able to collect loads of cards. With a decent combination of features, those re-spins can be quite rewarding, and we had some decent wins here. But the key to winning really big is to get more free spins with valuable feature cards. So, you might have to budget carefully here and settle in for the long game. 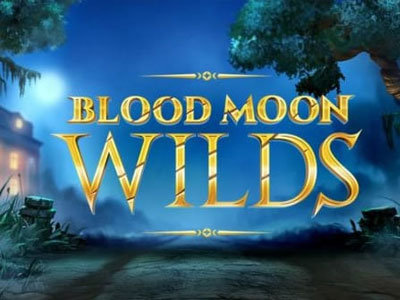